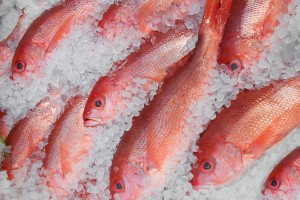 Whether you own a large and very lucrative business, have an established and profitable small business or starting a new business, saving money by purchasing secondhand equipment, such as buying used ice machines is an extremely common business practice.

However, business owners who are unaware or uninformed about the sometimes critical financial risks involved in purchasing second and often third-hand used ice machines can easily find themselves spending a whole lot more than they initially counted on. In fact, quite a few have lost more money on used ice machines than the retail value if purchased new!
Now this doesn’t mean buying new ice machines is the only viable option for businesses. It simply means there is an extremely cost-effective difference between buying a used ice machine and buying a refurbished one. While refurbished still means the ice machine has been used previously, it is dramatically different than buying used.

From the perspective and vantage point of the common user, an ice machine appears to be a relatively simple device. They (Ice Machines) seem as though they are nothing more than a larger version of the ice compartment on any household kitchen refrigerator. Yet even so, the advancements made in cooling and refrigeration technology since the 1960’s make the inner workings of ice machines extremely far more complex than what a casual glance inside might reveal.

Indeed, there is quite a lot going on inside an ice machine besides merely producing ice and/or “staying cold.” Complex inner workings such as the ice machine’s compressor, condenser, gas valve, evaporator and the many other components such as the fans, temperature controls and relays make an ice machine repairman seem equivalent to a NASA engineer. After watching a masterful repairman reset, rework and/or replace many of the ice machine’s complex components, be prepared for the bill. Essentially, what they hand you is a written verification of why he or she is paid like an engineer at NASA as well!

Here in lies the hidden risks involved in attempting to save money by buying a used ice machine which hasn’t been refurbished. The critical inner workings may have all worked well beyond their prime and are possibly already in need of maintenance, repair or replacement. Most people cannot simply “look under the hood” to determine the condition of the machine. Unfortunately, it is only after many of these critically important components begin to wear out, malfunction or terminally fail altogether that a business owner realizes how extremely crucial and extraordinarily expensive the parts, the repair and the cost of fixing used ice machines can be.

Critical complex components have been rebuilt, reworked or entirely replaced. This not only greatly extends the lifecycle of the parts, it also allows you to utilize the ice machine and reap the benefits of its favorable profit margin much longer than buying used ice machines could ever allow.

The initial investment costs of buying refurbished over used ice machines are not so far apart and still dramatically lower than the almost bankrupting costs of investing in new ice equipment. Although saving the small amount of extra dollars on used ice machines might appear tempting, being aware of the hidden risks and avoiding them can easily make up for any extra costs you may believe you are saving.